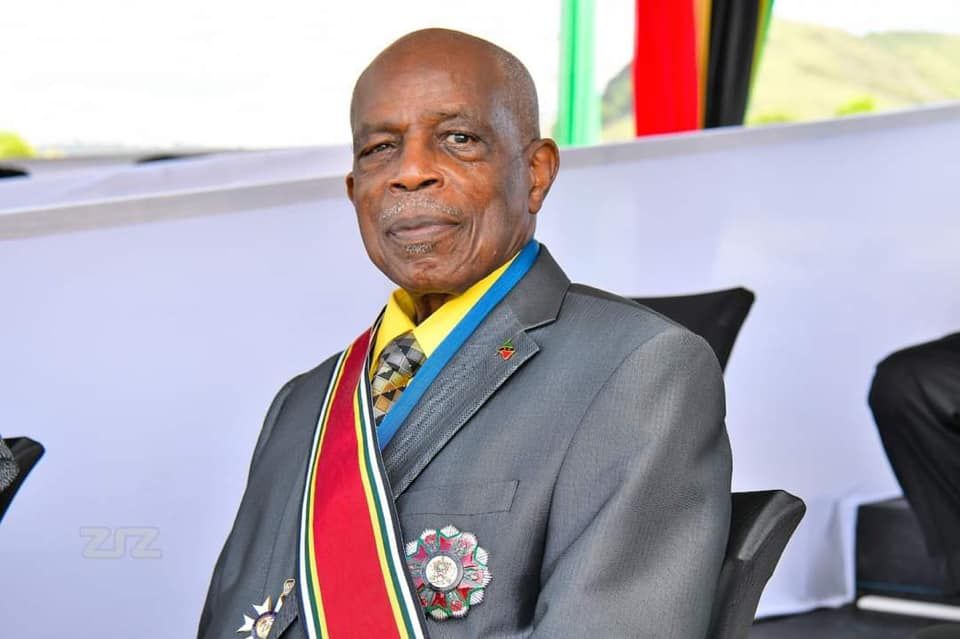 SIR KENNEDY MAKES THE CASE FOR THE SKNLP

BASSETERRE ST KITTS - With just a few days to go before the August 5, 2022 General Election in St Kitts and Nevis, former Prime Minister and National Hero Dr. Sir Kennedy Simmonds addressed the Nation. Everyone waited with baited breath to hear from our First Prime Minister. He had not said much in quite a while and speculations were rife considering the current political conundrum.

All local media houses were engaged and at 5pm on July 31, Dr. Simmonds commanded maximum attention. The speech started with the usual political niceties but soon gathered steam as he opined on the instability in the Federation. He stated, "The current state of affairs in my country has forced me to break my tradition and I can no longer remain silent". The rest of the speech was a lot of what we have heard before after the collapse of the failed Team Unity Government.

Sir Kennedy continued, "After much soul searching, I have made the decision that I cannot simply stand aside nor remain silent and see my country sinking into a crisis of morality in the midst of a rampant, self-seeking, and greedy dictatorship. We cannot allow ourselves to once again descend into another moment of despair simply to satisfy the personal interest of ONE individual or ONE family and their close associates. We cannot afford to allow our national assets and resources to become the personal financial trophies and pathway to wealth of ONE MAN".

Sir Kenedy could have ended the speech there and it would still have been known that he was talking about the outgoing Prime Minister, Dr. Timothy Harris. He revealed that Dr. Harris has been undermining all the people and parties that he was/is associated with since 2010. After the 2010 General Elections, Dr. Simmonds said that he received a call from an intermediary of Dr Harris asking him to get Joseph Parry to convince NRP's successful candidate Patrice Nisbett not to rush into any association with the Rt Hon. Dr. Denzil Douglas. His intention was to form a Coalition Government and become Prime Minister.

The problem with Sir Kenedy's plea, not only has it come late, but also the fact that three of PAM'S 2022 candidates sat with the same dictator between 2 and 7 years. They never batted an eye to the citizens, when scandal after scandal were reported. Their claim was "We trying to mash up de Government". Well, the Team Unity Government has imploded, and on August 5 citizens and residents get to choose a new Government. Thanks to Sir Kenedy's speech, the St Kitts Nevis Labour Party has built up even more MOMENTUM and is poised to WIN the GENERAL ELECTION.

As the SKNLP A-TEAM surge towards the VICTORY line, the Nation says thanks to Sir Kenedy for making a clear case for a NEW PRIME MINISTER and GOVERNMENT headed by DR. TERRANCE DREW.